The Chalk Festival is one of my favorite events of the year. Artists from around the world congregate in Venice (or, on occasion, Sarasota) to create works of art that will be gone with the next hard rain. The budget for the Festival has grown to more than $300,000 and includes travel and housing expenses for the international artists. (It's not as if the artists can sell their work to cover the cost of their trips!)  To raise much needed funds, Festival organizers called upon some of its artists to create the works in the 3D Illusion Museum. Happily, the temporary Museum was open during Wanda's recent visit.

Wanda was a natural at interacting with the paintings. That is, after all, what makes 3D art so much fun. The organizers limited visitors to ten at a time so we wouldn't have to fight a crowd to get a good picture. It also was built-in social distancing at a time when we were on the cusp of shelter at home recommendations.

As at the Festival, there were some artists at work on their illusions. We chatted with Ruben Arriaga from Mexico as he created the first of two paintings. Amazingly, he estimated the time from start to finish to be only four hours.

That doesn't, of course, take into account the time he spent in advance. The image was meticulously gridded out to ensure the artwork creates the illusion of being three dimensional.  Surprisingly, Arriago is new to the art of 3D painting. His aptitude made a lot more sense when we learned he's an architect.

The Festival is typically held at the Venice Airport, with the art drawn on the runways. The indoor venue provided artists a leg up in creating their illusions. They utilized the walls, floors and even the occasional ceiling to full advantage in the creation of their work. Corners were surely coveted real estate.

Being inside also provided an opportunity for artists to incorporate different effects than are possible at the Festival. Our "Jaws" wannabe here was all the more ominous due to the lighting. (Remember the shadow is created by a light beaming on a painting rather than a 3D object. I confess to being mystified.)

Another artist used neon for his artwork, an open-mouthed fish with an ice cream cone dangling from a fishing line. While the fish seemed eager to try a bite, Wanda stepped in to enjoy the treat. (You can click here to see my Instagram feed with more photos, including a snap of Wanda approaching her first taste.)

Artist Kurt Wenner is credited with the invention of 3D pavement art. He frequently participates in the Chalk Festival, quite a feather in the caps of the organizers. In 2014, Wenner designed a Megaladon shark that held -- for a nanosecond -- the Guinness World Record for the Largest Anamorphic Pavement Painting. Click here to read my long ago post about the 2014 Chalk Festival with a snap of Wenner's 18,900 square foot illusion. It's worth noting that the actual creation of the illusion was done by more than 125 artists working for 12 days.

The Museum includes one of Wenner's works, an actual structure with 3D art in the interior. If you made it to last fall's Festival at Burns Court, you probably saw this piece. Unfortunately, it was being installed when we visited, so we didn't get the full effect. Even more unfortunate is the fact that Wenner is quarantined in Italy so he wasn't able to make his scheduled trip to Sarasota to create an additional work on site. For my blog post from last fall that includes a picture of Wenner's work as installed, click here. To see more of Wenner's amazing creations, click here. And for an interview with Wenner about the appeal of pavement painting, click here.

The Museum helpfully provided some background on the history of pavement art to give us some context for the exhibit. Pavement art dates back to 16th c. Italy when "madonnari" traveled the country drawing on sidewalks in exchange for a few coins. (You can guess by their name what the subject matter of many of their works was.) In the mid-19th century, pavement artists began to make their presence known in London. They often added written messages to their drawings.  And so these artists were known as "screevers," likely a nod to the Italian word "scriver" or "to write." Chances are you've been introduced to a classic screever on film - Bert in the eternally charming "Mary Poppins." (And here I always thought of him as just a chimney sweep!)

Wenner himself had a stint as a madonnari in Italy in 1982. His tenure on the streets of Rome was short-lived, though; that same year he traveled to the Santa Barbara Museum of Art where he introduced pavement art to the United States. And so began an American tradition continued by festivals around the country, including our own Chalk Festival.

The 3D Illusion Museum is scheduled to be open through May 31. Here's hoping we will all be out and about before then. Click here for further information. For more pavement paintings from past Festivals, click here and here.

NOTE:  Apologies to the artists for not giving them proper credit for their creativity.  I was so excited by the illusions I failed to note their names! 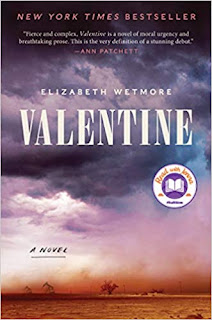