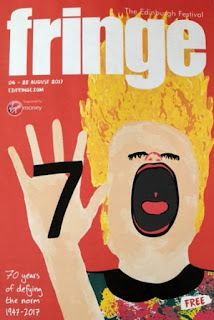 I wasn't going to the Fringe Festival in Edinburgh this year -- honest! And, for the record, neither was Wendi. We had agreed that we were taking the year off, despite it being the Festival's 70th anniversary. There are just too many other places to see and things to do.

So you can imagine my surprise when Wendi dropped the news in May that she was going to this year's Festival for five days.  My first response was, "Without me???!!!"  My second reaction was, "But you'll only be able to see about 30 shows!" (For those unfamiliar with the Fringe format, each show runs about an hour, so you can fit alot in in one day if you're willing to run all over Edinburgh and forego sit-down dining. We see at least six shows each day; hence, the number 30.)  She mentioned several performers she'd be seeing whom we'd enjoyed in the past. I was tempted, but still on the fence. Until, that is, I opened her email entitled "A True Sign." 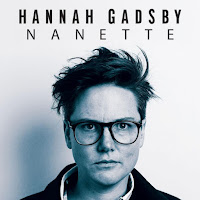 The email had a link to a show by a comedian we saw our first year -- Hannah Gadsby.  Her show provided insights into famous works of art, and it was pretty darn funny.  She hasn't been to EdFringe since, so it was nice to see that she'd be back.  But I couldn't figure out why I would be sufficiently excited about her return to push me over the edge. Did she somehow call out my name? The answer is -- yes.  Quite ridiculously, her show is called Nanette.

The show description reads, "Hello, I have another show for you. It's inspired by a woman called Nanette. Although we didn't exchange a single word or even a glance, Nanette has changed my life. She hasn't, but she did prompt me to think about some things, and those things I thought have become this show." Nanette won Best of Show in this year's Melbourne International Comedy Festival.  I am taking some credit.  And, obviously, it's at the top of the list of shows I'm excited about seeing this year.  (To read my review of Hannah's 2014 show The Exhibitionist, click here.) 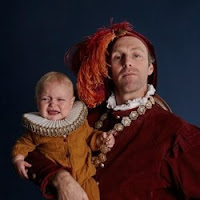 Also on the comedy front is another returning performer to whom Wendi and I have taken a shine -- Trygve Wakenshaw. Trygve is a charming and funny Gaulier-trained clown whose talent works in both intimate venues and large auditoriums. (We've seen him in both.) This year he's doing two shows. The one I'm most looking forward to seeing is Trygve vs. a Baby. Yes, this consummate performer is going up against a baby to see who's more entertaining. And not just any baby -- his own one year old son Phineas. This could go wrong in so many ways.  I can't wait. (To read my review is Trygve's 2014 show Kraken, which included some pretty funny nudity, click here.) 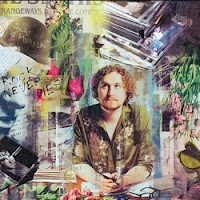 Letters to Morrissey features Gary McNair, yet another actor whom we've seen at a previous EdFringe. McNair's one man show revisits the letters his character wrote to the English singer Morrissey 20 years ago as a lonely 11-year old boy trying to make sense of the world.  Has he changed or has the world?  McNair is a terrific actor, and his A Gambler's Guide to Dying was a sell-out in 2015. My only concern about this show is that it's first up on our first day at the Festival (as, coincidentally, was Gambler's Guide). A potentially quiet show in a dark theater isn't overly compatible with jet lag. I will be sure to have a Diet Coke at the ready. 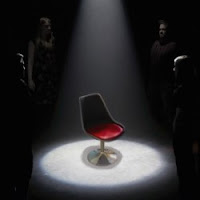 I'm intrigued by a two-part show entitled Speaking in Tongues: The Lies and Speaking in Tongues: The Truth. The shows' age-old themes of love, deceit, and scandal make for good theater. But what's intriguing is the physical set-up of the productions. In an inversion of theater-in-the-round, audience members sit in the center of the stage in swivel chairs that allow you to choose which characters to follow. It sounds like an opportunity for confusion and a lot of knee-knocking with your neighbors, but the shows have gotten good reviews. And the truth is that whether or not I give Speaking in Tongues lots of stars in Wendi's and my finely honed rating system, this is exactly the type of outside-the-box theater I go to Edinburgh to see.

These are just five of the seven shows Wendi and I will take in on our first day of EdFringe. We expanded our stay from her original plan of five days to eight, but we know we're going to miss lots of good theater. Our schedule only includes 42 shows so far, so we have a few slots to fill.  I'll be sure to report back upon our return.