Reading away the lazy days of summer

Summer in Florida is a great time to catch up on my reading.  It's too hot and humid to be out and about. The entertainment of the Republican National Convention aside, TV offerings are sparse. And most theaters are dark. Read on for two books that kept me happily occupied. 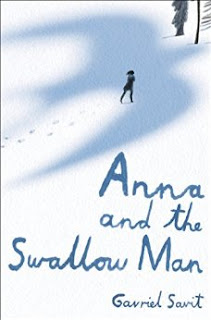 Anna and the Swallow Man by Gavriel Savit is a YA (young adult) book with more than enough power to speak to adults. The book tells the story of Anna, a seven year old girl whose father is a linguistics professor. He's taught her to speak several languages and introduced her to friends with whom she practices her language skills. "Anna had thought that each of the languages her father spoke had been tailored, like a bespoke suit of clothes, to the individual person with whom he conversed. French was not French; it was Monsieur Bouchard. Yiddish was not Yiddish, it was Reb Shmulik. Every word and phrase of Armenian that Anna had ever heard reminded her of the face of the little old tatik who always greeted her and her father with small cups of strong, bitter coffee."  It is 1939 in Poland, though, and Anna's father is taken away by the Gestapo for being an intellectual.  Her mother is long dead, leaving Anna to fend for herself.

She meets a mysterious man who, like herself, speaks multiple languages, including the language of the Road. He cryptically tells her to follow him, but to make an effort to stay out of sight. And so begins the journey of this man and girl who spend years walking across Poland in an attempt to survive the war. "The world as it exists is a very dangerous place," he tells her. Anna immediately realizes the extent to which her life has changed. "Usually when adults spoke of danger in her presence, they were quick to reassure that everything would be all right, that she would be safe. This man did none of this, and his omission rang out as true in the night as his words had."

Anna and the Swallow Man is a beautiful book about two people alone in a frightening world. In some ways, it's a very simple story with a fairy tale quality to it. In other ways, it's complex in the way that relationships often are. Don't let the YA label discourage you from reading a book the Wall Street Journal calls "exquisite" and the New York Times applauds as "masterful storytelling." 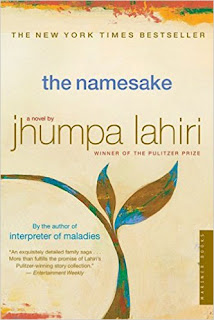 The Namesake was the first novel by Pulitzer Prize winning author Jhumpa Lahiri. (The prize was awarded to her for "The Interpreter of Maladies," a collection of short stories.)  The book tells the story of an Indian family transplanted from Calcutta to Massachusetts.

When we first meets Ashima, she is about to give birth to their son Gogol. Between contractions, Ashima thinks back to her introduction to her husband Ashoke (whose name she didn't learn until a week after their marriage had been arranged). She had stood outside the living room in her family's Calcutta home where the visitors had left their shoes. In a shocking act of intimacy, she stepped into the shoes of the man she would marry. "Lingering sweat from the owner's feet mingled with hers, causing her heart to race; it was the closest thing she had ever experienced to the touch of a man."

While readers learn about each member of the family, Gogol is the focal point of the story as we follow his life from infancy to his 30s. Once old enough to have a real opinion, his name is a source of dissatisfaction. Gogol's discomfort with his name is representative of his discomfort with his identity. He is caught between the Bengali world of his parents and the American world which he's always known.

One reason The Namesake  is so captivating is Lahiri's insights into Bengali traditions. The genesis of Gogol's name is just one example. It was intended by his parents to be his "pet name" (the name used by family and friends), with his "good name" (the name used for work and legal purposes) being bestowed by Ashima's grandmother. But the letter from India with this important information was lost in transit, leaving the young couple floundering. They chose to call him Gogol, a name linked to an important event in Ashoke's life. It had no meaning to Gogol, though, and he grew up feeling burdened by a name neither Bengali nor American.

Authors are often told to write what they know, and Lahiri has done just that. Born in London to Bengali parents, she moved to the United States at the age of 2.  Like Gogol, she had a pet name--Jhumpa--and a proper name--Nilanjan. Her kindergarten teacher took it upon herself to call the little girl by her pet name because it was easier to pronounce.

Like Anna and the Swallow Man, The Namesake took me to a world wholly different from my own. And that, after all, is one of the many joys of reading.