Who Put the Hit on Ponce? 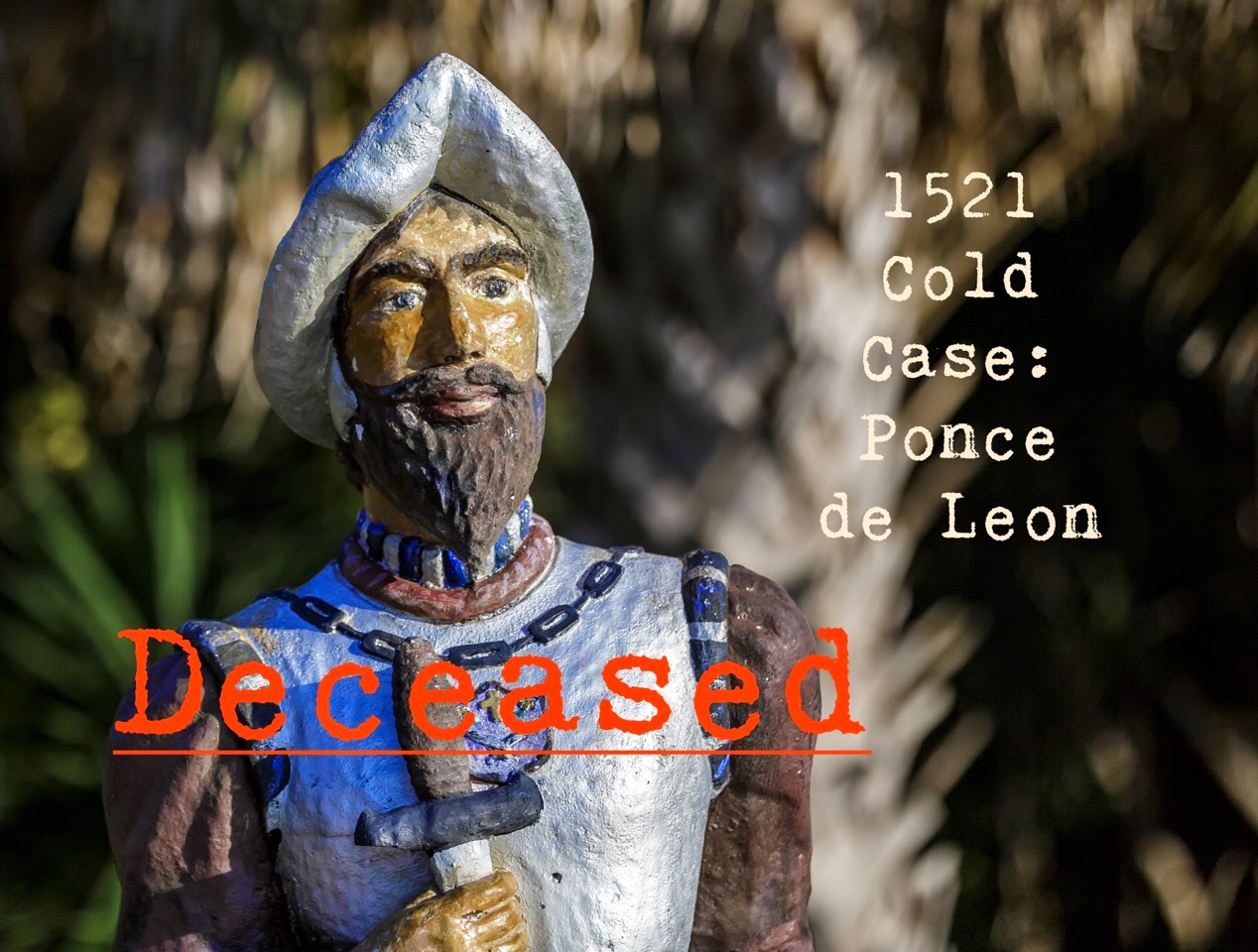 Riding in Pedal and Play in Paradise has become an annual event for me. At its core, it's a bike ride sponsored by TEAM Punta Gorda and the Isles Yacht Club to benefit bike friendly initiatives and The Leukemia & Lymphoma Society. And while I could pretend that I ride to support these great causes, the truth is that's it just a really fun day.

Participants are given the choice of 60, 30 or 15 mile straight up rides or the 10 mile mystery ride.  Each year my intention is to sign up for at least the 15 mile ride (which, given the lack of elevation changes, is not a big deal). But each year the mystery ride sounds so entertaining that my good intentions go by the wayside.  This year was no exception.

The mystery to be solved was the cold case of "Who Put the Hit on Ponce?"  As I'm sure you all know, Ponce de Leon died in 1521 after he was shot by an arrow poisoned with the sap of a Machineel tree. What you might not have known, though, is that the master mind behind this murder was one of Punta Gorda's own "Fat Point Four" (Mayor Carolyn Freeland, Police Chief Butch Arenal, Fire Chief Ray Briggs and City Manager Howard Kunik).  It was Scotland Yard investigator Bruce ("Sherlock") Tompkins who discovered this connection nearly 500 years after the fact.  And it was his intention to solve the mystery of which one of these city officials was responsible once and for all -- with the help of Dorrit (aka Watson/Vanna) and the mystery tour riders.

As is customary in murder investigations, the footage from the interrogations was made available to the public.  (Click here to view the most hilarious of Bruce's videos. You might notice that only one of the suspects retained counsel.) 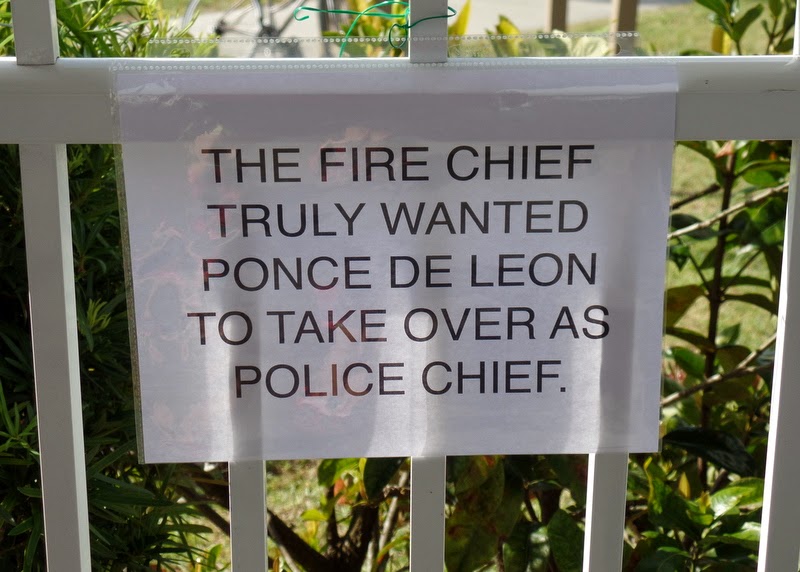 Bruce and Dorrit set up two clues booths (or what I called obfuscation stations) that were chock full of incredibly unhelpful information.  Janice and I rode to the booth in Gilchrist where we were confronted with over a dozen "clues" that said things like "Clues stated as declarative sentences are true," "The Mayor uttered one true sentence and one false sentence" and "The City Manager is incomprehensible, but is it just the peace pipe?" As we rode along and discussed the case, we realized that we were spending much more time analyzing Bruce than the leads we had been given.

When we arrived back at Laishley Park, we spent some quality time with Chief Phull-a-Bull, the Calusa Indian who had conducted the autopsy on Ponce. After more discussion, we cast our votes for the identity of the guilty party and awaited the verdict (while consuming way more calories than we had burned on our little ride).

At the appointed hour, the suspects were lined up along with some Conquistadors there to maintain control of the situation.  Modern day police were also on hand to take custody of the offending party.  After much ado, Bruce announced that the responsible party was --- drum roll, please -- City Manager Howard Kunik. Really? I, for one, was very surprised -- and more than a bit dismayed that both Janice and I had voted for the wrong scoundrel.

Howard donned a prisoner's cap and was handcuffed and taken away.  He was immediately released pursuant to a work order so he could lead the City Manager's ride, another great Pedal and Play tradition.

Once again, it was a fun day Punta Gorda style.  I give a lot of credit not only to Bruce and Dorrit for scheming this whole thing up, but also to each of the "Fat Point Four" for participating with such gusto.  And, of course, to the volunteers from TEAM Punta Gorda and the Isles Yacht Club who made the whole event happen.  I'm already looking forward to next year.