It's always exciting to get in on the ground floor of a new venture.  And I feel like I'm doing just that with the launch of Urbanite Theatre in Sarasota.  The theater was founded by Brendan Ragan and Summer Wallace, recent graduates of the FSU/Asolo Conservatory. According to its website, Urbanite Theatre is committed to "fresh works, burgeoning playwrights, and actor-driven productions."  Urbanite's production of "Chicken Shop" by Anna Jordan hits the mark on all three points. It was an extraordinary afternoon of theater.

When we entered the black box theater, I was struck by both the space and the set.  It's definitely intimate, with seating for approximately 55 theatergoers. In lieu of programs, information about Urbanite and the actors' bios was projected on a wall.  I like the approach -- both cost effective and environmentally friendly. 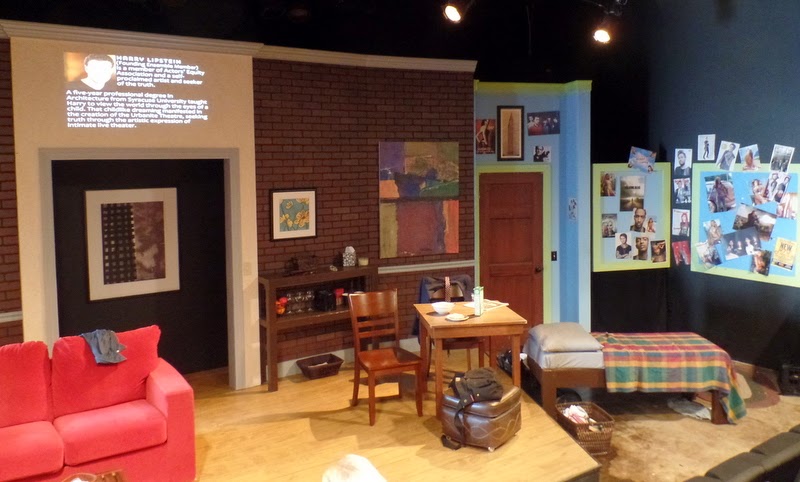 The set reflected the two worlds to which we would shortly be introduced.  Approximately three quarters of the stage was taken up by an apartment where a mother (Hillary), her young lesbian lover (Katie) and her 16 year old son (Hendrix) live in an uncomfortable arrangement. A bed and bureau that defined the parameters of the life of Luminita, a sex worker, claimed the remainder of the space. 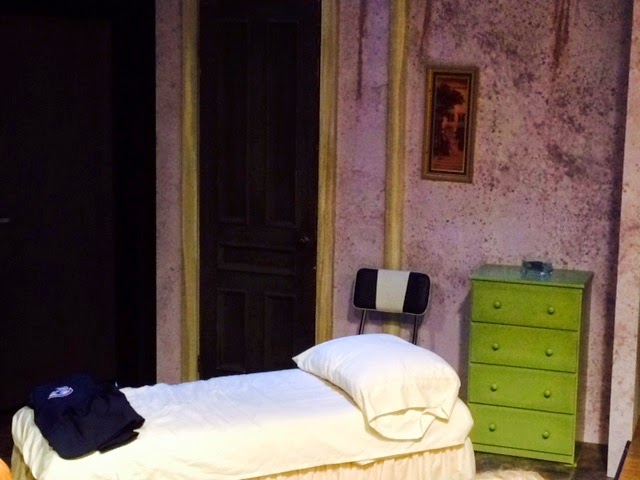 Throughout the afternoon, the action shifted from one set of relationships to the other.  On the home front, Hendrix is simultaneously dealing with bullying at school over the fact that his mother is gay and coming of age in a home lacking in testosterone.  In Luminita's world (over a chicken shop - hence the play's name), we quickly come to realize that the choice to work as a prostitute is not her own. In fact, she is so terrorized by her pimp that she won't even open the curtains to see the sun. When Hendrix decides to find a prostitute to shepherd him into manhood, his path crosses with Luminita's, and they strike up an unlikely friendship.

The story is gripping, and at points I realized I was hardly breathing as I waited to find out how the scene was going to end. It was the acting, however, that put the afternoon's performance over the top.  Ashley Scallon's ability to convey the depth of Luminita's despair was remarkable. Her vacuous gaze into the middle distance said more than words could ever convey.  Jason Bradley was powerful in his role as Leko, Luminita's pimp. He evoked a sense of simmering violence whenever he was onstage. Joseph Flynn, a 19 year old actor, was convincing and sympathetic in the role of Hendrix.  He is definitely someone to watch. Lauren Wood and Lucy Lavely competently rounded out the cast.

I came away from my first Urbanite outing thinking, "This is why I go to the theater." I am eagerly looking forward to the rest of the season, which features the regional premieres of "Reborning" by Zayd Dohrn (June 12-July 5) and "Isaac's Eye" by Jason Hnath (Aug. 14-Sept. 6).  I hope you'll join me in checking out this wonderful addition to the Southwest Florida theater scene.  Don't delay, though -- the extended run of "Chicken Shop" is sold out and tickets for the other shows are selling fast.