In my former life, there was a Mexican restaurant in the Berkshires we would sometimes brave for dinner.  My strongest memory of the place is not the food, but the strolling guitarist.  He would strum and sing and periodically pause and exhort the diners with an "Applause, please!"  If he approached our table, we would preemptively start clapping in hopes he would veer off to torment someone else who needed more encouragement.

This memory surfaced recently in the unexpected context of the Charlotte Symphony Orchestra.  Not, of course, because the audience has to be encouraged to applaud, but because we seem to want to applaud too much.

Last week-end's concert featured Brahms' "Symphony No. 4 op. 98, in E minor."  If you, like me, associate Brahms primarily with his lullaby, the energy of this symphony might surprise you.  The first movement is lush and lively and leaves you wanting more.  As the music faded, the audience broke into applause.  And I'm not talking a spattering of applause by a few people. At least half the concert-goers breached concert etiquette.  I heard some murmurs around me as people shook their heads and said, "They're not supposed to clap between movements." And while I too wanted to show my appreciation of the music, I did what I was "supposed" to do and sat quietly.

This cycle continued through the rest of the symphony. Maestro Ponti gave in to it after the third movement and jokingly used his score to fan concertmaster Stewart Kitts. Not surprisingly, when the music was well and truly over, the CSO received a standing ovation for a stunning performance of this beautiful work. 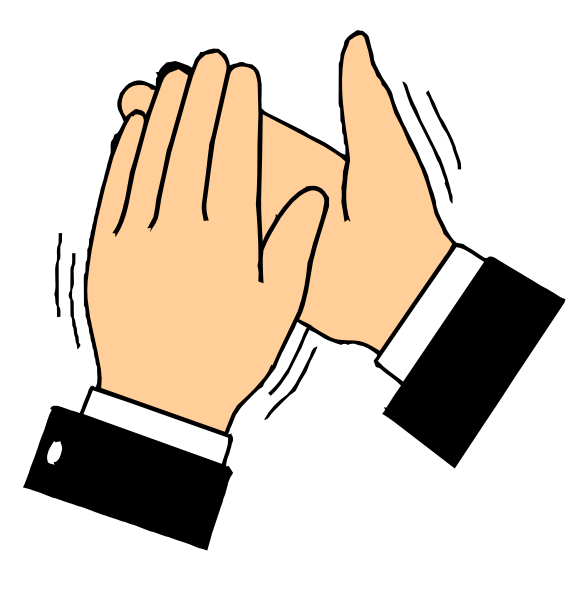 The audience's reaction to the Brahms was not an isolated case  (although it was remarkable in the number of people applauding "inappropriately"). At some concerts, a gentle reminder has been given to wait until the end to clap. This hasn't always worked as intended, however. On occasion, I have felt that the audience's fear of clapping at the wrong time led to a delayed reaction when the final notes had been played. What to do (short of purchasing an "applause" sign to be lit at the appropriate time)?

At the post-concert gathering at Opus, I talked with my friend--and first violinist--Paul Urbanick about the applause "problem."  Paul explained that the purpose behind the silent pause is to indicate that something new is coming and to give the conductor and musicians a moment to regroup.  That makes sense. It's sort of like a sorbet between courses in a gourmet meal.  I was interested to learn, however, that the custom of applauding only at the end of a work is not a universal practice.  In fact, Paul was once at a performance by the Paris Orchestra where a solo was so enthusiastically received that the conductor stopped and had the musician replay it!  And, he went on, those fiery Latin personalities in South America often can't wait until the end to show their appreciation.  Interesting.

While doing a bit of internet surfing, I came across a terrific article by Chicago Tribune reporter Mark Caro about just this topic as it relates to another CSO -- the Chicago Symphony Orchestra. Caro makes some great points, including that the "no clap rule" is a bit intimidating and reinforces the impression that going to the symphony is a stuffy experience.  Click here to read "Claptrap--When to clap or not to clap at concerts."  His commentary definitely provides some food for thought.

Last year I went to the concert the CSO put on for Charlotte County third graders. The students had been introduced to classical music with a classroom visit by Maestro Ponti and were there to hear a live performance. The experience was like a rock concert as the kids whooped and clapped at will -- and it was a blast.  And while I don't think adult audiences should break the"no clap" tradition in such a dramatic fashion, I do wonder if we shouldn't just relax a bit and forego our judgment if someone expresses their enjoyment with some unconventional applause.  After all, isn't appreciation of the music what it's all about?

Postscript:  My friend Maggie sent me this link about the development of the no-clapping tradition.  It's interesting to read about Mozart's, Brahms' and other composers' take on the question.   http://www.therestisnoise.com/2005/02/applause_a_rest.html
at March 11, 2015