Tragedy Through the Eyes of Children 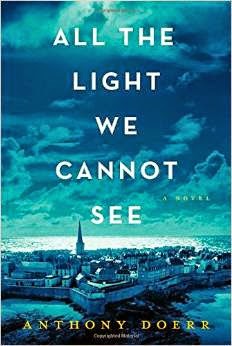 There's no shortage of novels about WWII.  But trust me when I say that "All the Light You Cannot See" by Anthony Doerr is one WWII story you don't want to miss.  Once again, I listened to this book on audio.  And once again, I longed to have the book in my hands within the equivalent of the opening pages.  Doerr's writing is incredibly beautiful and poignant and captures a time when world events overtook the plans that people had for their lives.

The book begins with an introduction to our two main characters. The year is 1944.   Marie-Laure is a blind 16 year old French girl.  She is is alone in a house in Breton with Allied bombs exploding on the streets outside.  Werner is an 18 year old German boy who has been conscripted into the Reich.  He too is in Breton and is also caught in the bombing.

From there the story weaves back and forth between the two young people's lives over the previous ten years.  We learn that Marie-Laure is a motherless girl who lost her sight when she was six years old.  The bond between Marie-Laure and her father is touching beyond words as he teaches her to navigate the world around her.  He carves a miniature version of their neighborhood in Paris with details like benches and storm drains to help her learn the streets.  He encourages her curiosity and cultivates her independence.

Werner and his sister Jutta are orphans who lives in Children's House in a German village.  Their mother is long dead and their father died working in the mines.  The reader is told that, "As long as the mines have been in existence, they have made orphans."

Through a series of events, Werner learns that he has a talent for repairing radios.  He and Jutta listen to broadcasts from far away places as Jutta dreams of Paris and Werner dreams of the world of science.  His talent becomes known to those in the Nazi high command.  Although Werner is not a Hitler youth, he is faced with a choice of going to work in the mines or going to an elite school to hone his skills in service of his country.

"All the Sight We Cannot See" tells of the difficult choices people are forced to make in a time of war.  There are acts of bravery, large and small.  There are moments of happiness and moments of great sadness.  Doerr's handling of his characters and their relationships has catapulted this book to the top of my list of favorite reads.   Don't miss it. 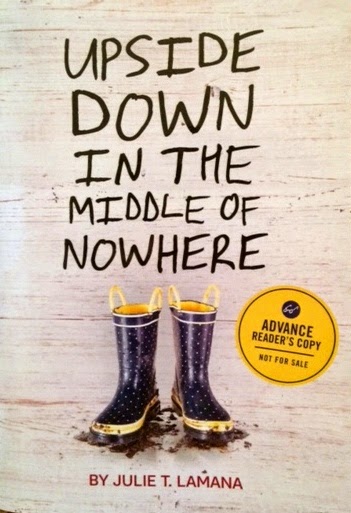 Julie Lamana also uses a child as her narrator in the young adult book "Upside Down in the Middle of Nowhere,"  When we first meet Armani, she is on the cusp of her tenth birthday in the ninth ward of New Orleans.  Armani and her family are also on the cusp of a devastating experience:  Hurricane Katrina.

I loved the way that Lamana let us into Armani's world.  We learn that Armani "always liked the way Saturday mornings smelled" because that was the day her mother baked pies.  And that one of her favorite pastimes is "the business of swinging" on the front porch swing with her grandmother.  It's an innocent world that is about to change forever.

Once Katrina hits, both New Orleans and Armani's life becomes a free-for-all.  The family climbs into the attic to get away from the "wall of churning black water" that bears down on their home when the levee breaches.  From there Armani and her family listen as "the sound of everything we called home [was] washed away."  And that's the easy part.

Lamana does not shelter Armani and her family from the horrors residents of New Orleans experienced during and after Katrina.  There's more death and destruction than any child should have to see.  Ultimately, though, the book has a sense of hope and optimism that reflects the resilience of New Orleans itself.