The Shock of the Fall by Nathan Filer 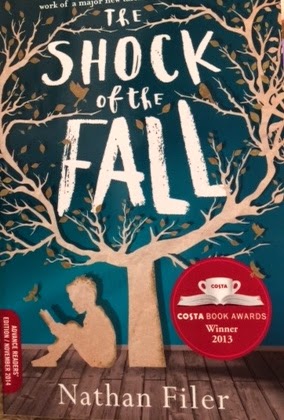 I was still under the spell of WorldFest 2014 when I started reading The Shock of the Fall by Nathan Filer.  It took only a few pages for me to realize that I had stumbled upon a literary work whose creativity rivals that of the theatrical productions I had recently enjoyed so much.

Before turning to what makes this book so creative, a word about the story.  The Shock of the Fall is narrated by Matthew, a 20-something man who suffers from schizophrenia.  We learn early on that Matthew's older brother died at a young age.  We also realize that Matthew has not come to terms with his death, despite the fact that ten years have passed. While the story is not told in a linear fashion, by the time we get to the last page, we have a picture of Matthew's life from before his brother Simon died to the current day. Now on to what makes the book so creative.... 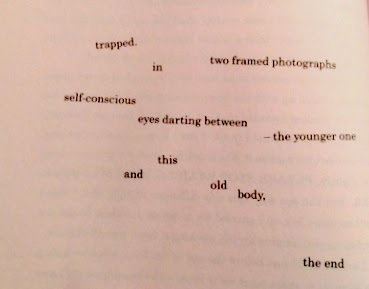 At its heart, the book is a journal written by our narrator.  Its formatting, which is full of surprises, makes sense in this context.  Sometimes Matthew's words appear in the form of a short poem that is dropped into the middle of a narrative. Take, for instance, when he tells us about the story of Patricia.  The poem itself is compelling, with words that (sadly) many of us can relate to on their face.  Patricia, however, is a patient at a mental institution.  When telling us about Art Group at the institution, Matthew says, "I sat beside Patricia. who must be sixty years old or maybe even older, but wears a blonde wig and pretends that she's twenty."   He then jots down this poem about her. 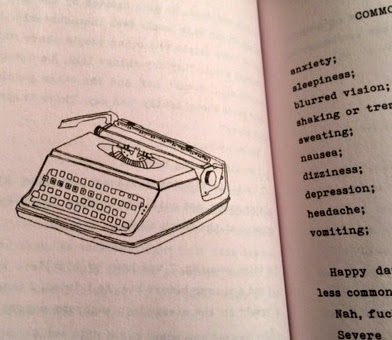 Occasionally I turned a page and came across a drawing, like this one of a typewriter.   (We later learn that the pictures are taken from Matthew's portfolio.) The typewriter was a present from his grandmother, who gave it to Matthew so he could write his "stories."  Once he received the gift, the font in the book changed to that of an actual typewriter (as you can see here in the list of side effects from the medication that he takes).  Clever and, in this instance, poignant.  Similarly, there are letters and notes replicated in the handwriting of the sender.

Chapter titles are always intended to give the reader a clue about what's coming up.  The titles serve this purpose in The Shock of the Fall as well, but their formatting frequently makes the reader sit up and take notice instead of skipping right over them (as I am wont to do in my eagerness to get on with the story). 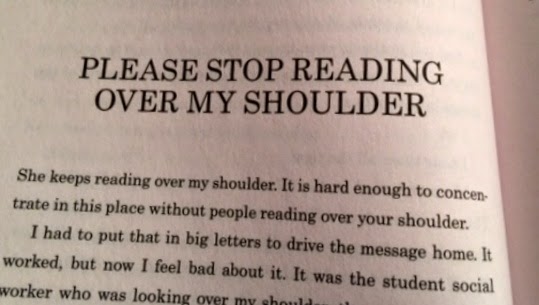 Author Nathan Filer worked as a nurse on an inpatient psychiatric ward and has been a researcher at the academic unit of psychiatry at the University of Bristol in the UK since 2007.  So he knows the world of which he writes.  And The Shock of the Fall -- in addition to being wildly creative -- is beautifully written.  The story is often heartbreaking, like when Matthew shares something simple such as how the family's seating arrangement while watching TV changed after Simon's death.  ("This was our new family portrait -- the three of us, sitting side by side, staring at the space where Simon used to be.")   You feel the struggle Matthew experiences as he tries to make sense of his world.  ("Sometimes," he says, "the whole world can feel like the small print you find at the bottom of adverts, so everyday stuff like a smile or handshake becomes loaded with conflicting messages.")  But you also feel the love that this family has for one another and their commitment to fight Matthew's disease together.  Ultimately, the reader is left with a sense of hope tinged with sorrow and frustration. It's not a light summer read, but it is a book that will linger with you--for many reasons--long after you finish the last page.

[NOTE:  The Shock of the Fall will not be available under this title until November.  The book was previously published in the UK, though, under the name Where the Moon Isn't and can be found now under that title.]