Charles James: Beyond Fashion at the Met

While I love living in Southwest Florida, it is a tad bit inconvenient to travel internationally from there.  And so I've tagged two days in New York on as book-ends to my trip to Scotland.  (Not much of a hardship, I know.)  And so I found myself at the Met yesterday, where I was taken with the Charles James:  Beyond Fashion exhibit.  It is stunning. 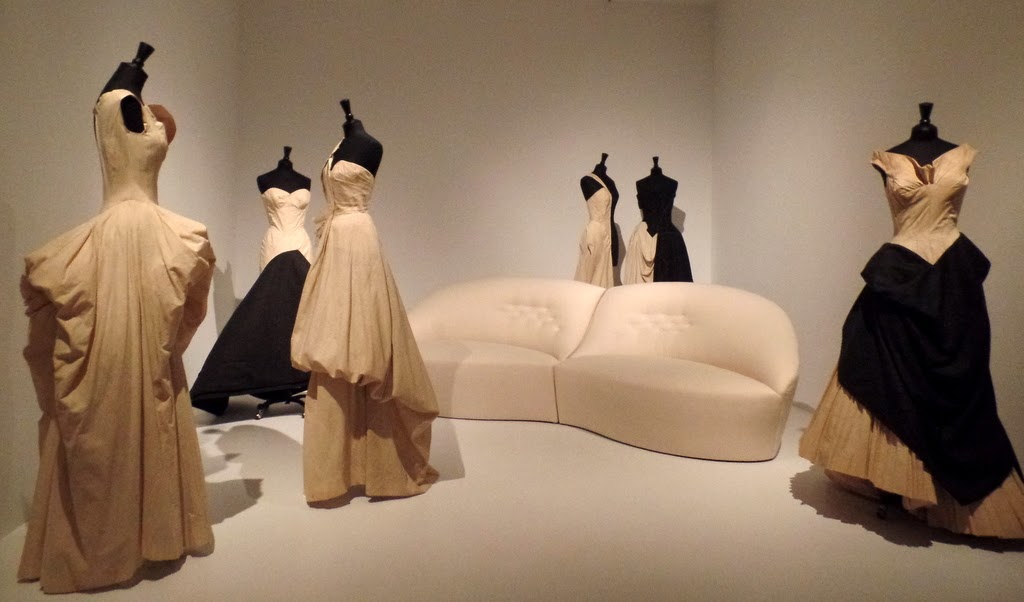 As I walked into the show (which is staged in two separate locations), this "room" was the first thing I saw.  I was drawn to both the contrast of the black and white and the elaborate yet elegant styles.  It tuns out that these beautiful dresses are muslin mock-ups that James used as study tools for the ballgowns for which he was best known. Not exactly sackcloth.

James primarily worked in the 1930s - 1950s and was known as "America's First Couturier."  He revolutionized fashion with his designs like the taxi dress ("so easy to wear that you can slip into it--or out of it--in a taxi") and the figure eight skirt.  In the 1930s, he championed the strapless dress. 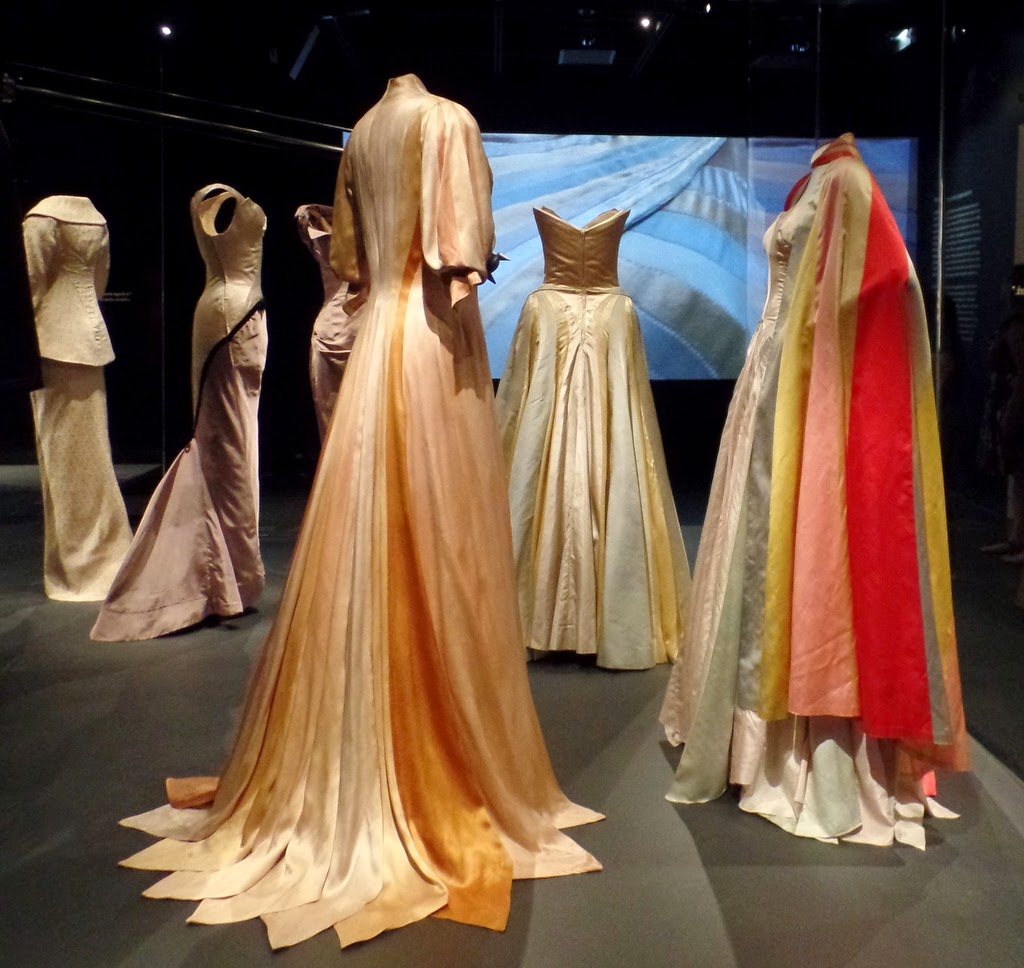 While his designs speak for themselves, the walls of the exhibit are covered with his quotes, a few of which I'll share here.

"Fashion, after all, is magic and miracle...intended to bestow proportion and beauty where both have been lost or faded with years." 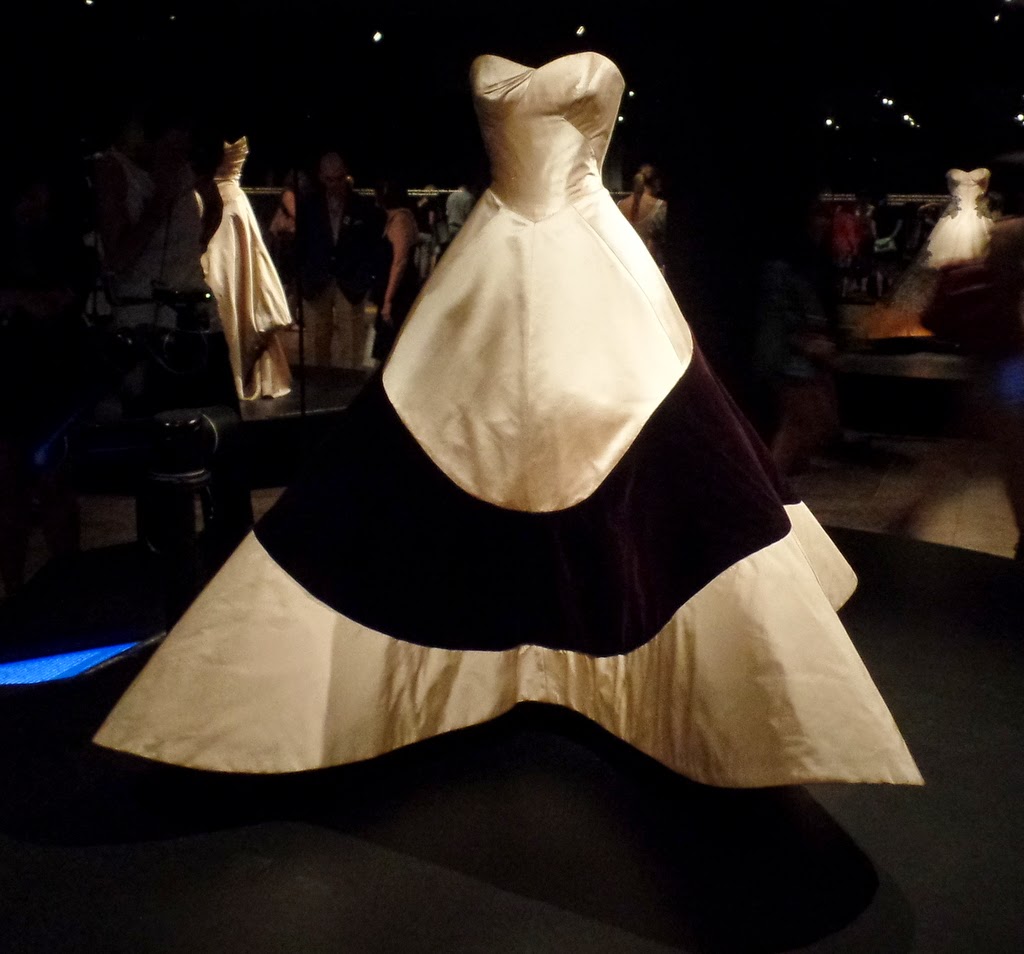 "The artist himself is like the mud-soaked soccer player; for him, it is the game even more than the victory that brings consummate rapture and defies comparison."

"Brancusi has his medium; Picasso, Faulkner, Shostakovich, theirs.  Mine happens to be cloth." 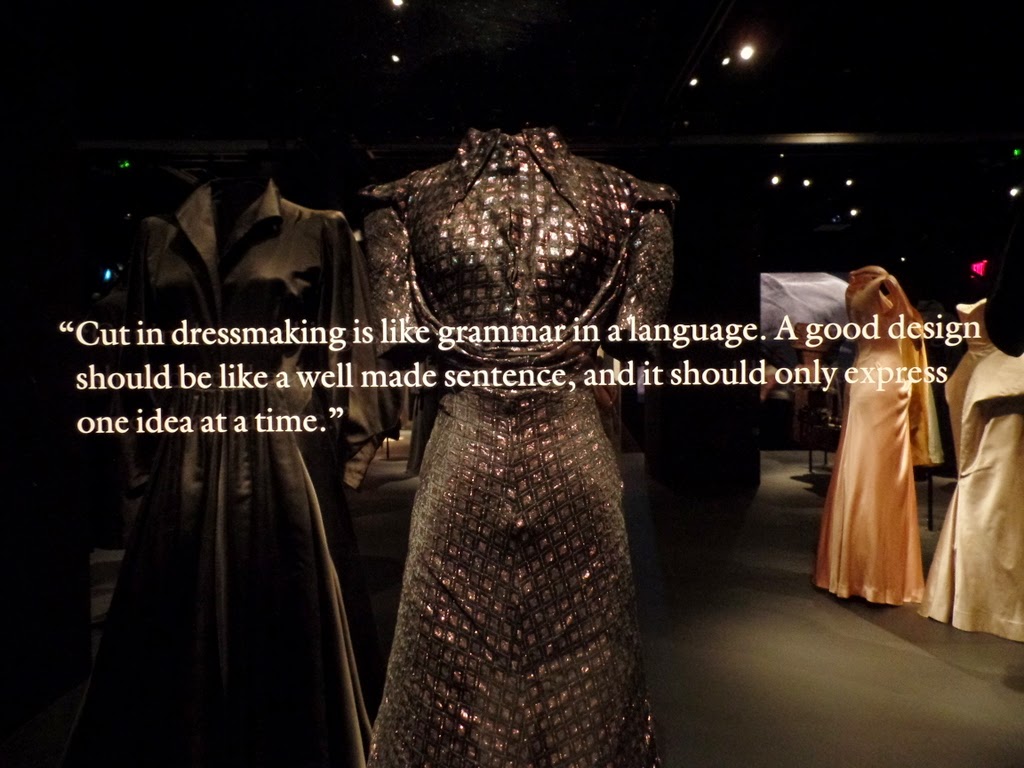 And my personal favorite -- shown here as an overlay.  "Cut in dressmaking is like grammar in a language.  A good design should be like a well made sentence, and it should only address one idea at a time."

As I walked through the show, I wondered what it would be like to have a life that warranted wearing clothing like this.  I suspect it wouldn't suit me very well, since I feel like I've made a Herculean effort when I spend more than three minutes on my make-up.  No doubt it would have been fun, though, to make an entrance to a party or restaurant wearing one of James' creations.