The final day of WorldFest 2014 began with an excerpt from The Century of Music by Venice's Loveland Players.  The Loveland Center is an organization that works with developmentally disabled adults.  For the last 19 years, the Center has partnered with the Venice Theatre to teach its clients life skills through theater studies.  Each May, the Loveland Players present a full-length production at VT, and the performance I saw was a portion of this year's show.  This original script covered four generations of music in an American family.

The show opened with projected pictures of Ellis Island and immigrants making their way to America.  Actor Mark Pagliaro began to recite the words from Neil Diamond's "America."  "Far," he intoned, "We've been traveling far, Without a home, But not without a star. Free, Only want to be free, We huddle close, Hang on to a dream..."  I was a puddle of tears from the first moment with the realization that I was watching these actors hang on to their dream of learning to lead independent lives. 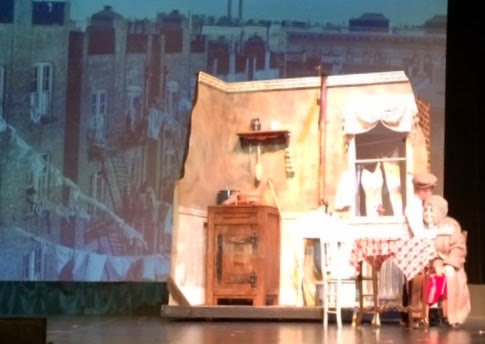 The next portion of the show also packed an emotional wallop as we met the matriarch of the family (whose name I unfortunately didn't get).  Her first number was "I Dreamed a Dream" from Les Mis.  "I dreamed a dream in times gone by, When hope was high and life worth living, I dreamed that love would never die, I prayed that God would be forgiving..."  (I apparently learned from the performance of POP! to really listen to the lyrics, and I came away with the smeared mascara to prove it.)

From there things got a lot more upbeat, as our matriarch is discovered and appears at the Apollo Theater.  The story took the audience through several decades of her family of performers and their music.  There were lots of crowd pleasers along the way, like "Boogie Woogie Bugle Boy" and "Diamonds are Forever." 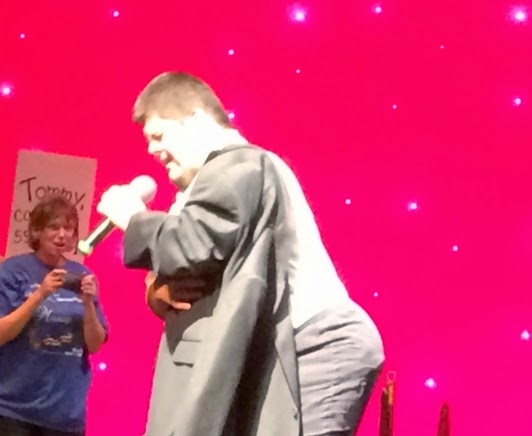 John Lisko stole the show, though, with his lip synching performance.  I can't remember what song he did, but it really doesn't matter.  What I do remember is the joy in his performance, as he sang and worked the audience.  He was hilarious as he shucked off his coat jacket in true rock-and-roll style.  (I am surprised he didn't twirl it around and throw it off the stage.)  We laughed and cheered and clapped, and it was a thing of true beauty.

As I went into the last day of the Festival, I had hoped for one more performance that would really leave its mark on me.  The Century of Music did that and more.  And the day was just getting started.