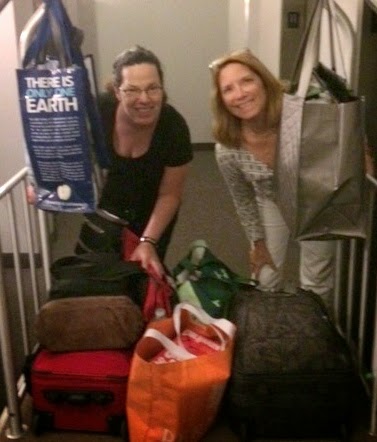 Yes, Wendi and I are using a baggage cart to transport our books from the lobby of her building to her apartment.  And that's only one day's haul!  On Thursday, two boxes of books arrived at my front door.  When added to the 63 books that I schlepped home in my suitcases and carry-on, my total take from Book Expo was 147 books.   Many of the books are being distributed to friends and family.  There's Smoke Gets in My Eyes and Other Lessons from the Crematory by Caitlin Doughty for Bruce (don't ask) and Birds of Pandemonium by Michele Raffin for Dorrit; The Target by David Baldacci for Wanda; Secret Place by Tana French and One Plus One by JoJo Moyes for my sister; a YA version of Unbroken by Laura Hillenbrand and Guys Read: True Stories by Jon Scieska for my nephew.  The list goes on and on. So, what am I excited about reading this summer? 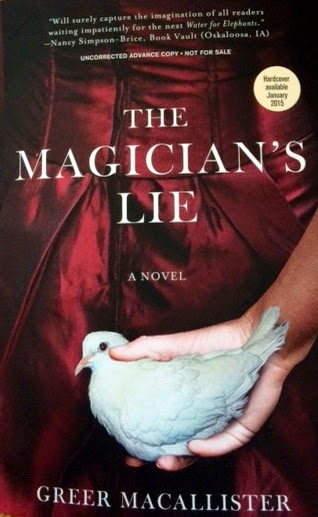 The Magician's Lie by Greer MacAllister (pub date January 2015).  When you aren't rushing around the Javits Center grabbing galleys, you spend a fair amount of time on line waiting for authors to sign your treasures.  Usually, you don't get the book until you are about to step up to the podium where the author is signing.  Sometimes, though, they are handed out in advance.  And so I started reading The Magician's Lie as I was waiting for my turn to get MacAllister's signature.  I was immediately hooked by the book, which is being billed as "the next Water for Elephants".  It is a turn of the (20th) century story about a female illusionist who may have killed her husband.  I am 60 pages into it and am enthralled.

The Remedy for Love by Bill Roorbach (pub date October 2014).  My copy of Roorbach's Life Among Giants from the 2012 Book Expo is still unread despite my having made a modest attempt to start it.  So you wouldn't think that his latest would hold much attraction for me.  And yet, it does. First off, I liked Roorbach when I met him.  Algonquin is his publisher, and their authors have time to chat with the readers for whom they are signing (unlike Random House and MacMillan).  Roorbach had a multitude of colorful bands on his arms, which I learned had been made for him by his daughter and that he was under strict orders not to take them off.  The fact that he's a nice guy doesn't mean that he's a good writer, but the story of an odd couple who are thrown together to wait out the "Storm of the Century" grabs me for some reason. 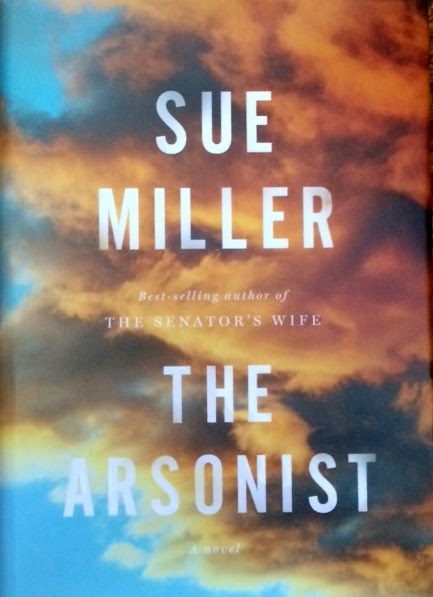 The Arsonist by Sue Miller (available now).  There seemed to be more finished books being given away this year than usual, some of which were being signed.  Sue Miller was on hand, and there was a surprisingly short line for her latest book.  Having enjoyed her writing in The Senator's Wife, I'm looking forward to reading this one, which is a story of a family and a community tested when an arsonist begins setting fires to the homes of the summer people in a small New England town.

As always, I came away with lots of thrillers, both by authors who are old favorites (Jeffrey Deaver, Chelsea Cain) and by some who might be added to the list.  Although I hate the cover for Lacy Eye by Jessica Treadway, it's on my list.  (The book will be out in spring 2015.) The plot line sounds somewhat reminiscent of Defending Jacob by William Landry (i.e., a crime occurs and a mother questions whether her daughter was involved or not).  Nathan Filer's The Shock of the Fall (out now) also looks intriguing.  It won the Costa Book of the Year Award (under the title Where the Moon Isn't).  (This literary prize awards authors based in the UK and Ireland; previous winners include Hilary Mantel, Colm Toibin, and Kate Atkinson.)  His background as a mental health nurse who's worked in a psych ward lends credibility to his book that is, in part, about a 19-year old who suffers from schizophrenia.

Update on other books I've mentioned:  I finished Editor Buzz Book My Sunshine Away by M.O. Walsh.  I loved the way that Walsh captured the voice of his 14-year old narrator as he tries to make sense of his feelings for Lindy Simpson, the girl he's been in love with since the day the Space Shuttle Challenger crashed.  (This story was incredibly touching.)  When Lindy is raped, the boys/men in their neighborhood become suspects, including our narrator.   In general, I enjoyed Walsh's writing and the way he brought the story together.  What I didn't like was his incorporation of serial killer Jeffrey Dahmer into the story -- sort of a cautionary tale, sort of an analogy.  It didn't work for me and made me lose my focus on the core story.  Nonetheless, a very strong debut novel.  Look for it in January 2015. 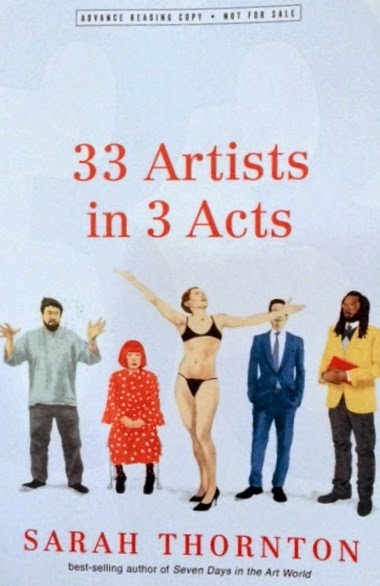 33 Artists in 3 Acts by Sarah Thornton.  This is a fabulous book for anyone interested in contemporary art.  I've only read four scenes from the first "act" (Politics) so far about Jeffrey Koons and Ai Weiwei, but they are terrific.  (Remember porn star La Cicciolina who was Koons' wife for a year and then became a representative in the Italian government?)  I like the fact that the chapters are bite-sized so it's easy to read on the fly.  And I've never heard of most of the artists, so I will learn something in the process.  I feel tempted to pick up Thornton's Seven Days in the Art World as well, but the idea of buying any books right now is more than ridiculous.

Time to get reading!