"So," he said, "how's your week look?"
"It's getting off to a great start," I responded.  "I'm talking with a really famous guy whom I hear is very nice.  I have to admit that I'm a bit nervous."
"Breathe and embrace and feel the strength inside you."

And so began my conversation with the legendary Ben Vereen.

I am still a bit shocked that he spent 30 minutes on the phone with me talking about the arts and life and his upcoming master class on musical performance at aactWorldFest at the Venice Theatre. And I am still taken with what a cool and spiritual guy he is.

Mr. Vereen became an ordained minister in 2005, and his conversation is scattered with spiritual references.  "Life itself is a ministry," he said.  "People like to categorize, but it's all a ministry.  Your writing is a ministry."  (My reaction--as I was scribbling frantically--was not dissimilar to that of a teenage girl who's just been asked to the prom by her heartthrob. "Ben Vereen just said that my writing is a ministry!" I said to myself.  Of course, I realize that he hasn't actually seen my writing, but still....)

Mr. Vereen spends a fair amount of time these days on the lecture circuit and teaching.  He feels that it's a way for him to give back.  "I have and so I give," he said.

He's passionate about the importance of arts education and outreach.  When I spoke with him, he had recently appeared at an event for the Patti Rutland Jazz Outreach program in Dothan, Alabama.  Among other things, the program will enable underprivileged kids to take contemporary dance classes. "When kids move and are active and feel good," he said, "they're more receptive to learning."  Mr. Vereen considers dancing his "joy thing," so it's no surprise that he connects with the mission of this organization.  He wrapped his talk by singing "The Impossible Dream."  Watching on YouTube nearly brought me to tears.  I can't imagine how it must have impacted people who were in the house.

I am keeping my fingers crossed that I will get a chance to meet Mr. Vereen on Tuesday when he works with some lucky performers on developing their talent.  My only reference point for the session is Terence McNally's "Master Class" (with Maria Callas as the instructor), so I'm not sure what to expect.  I am confident, however, that Mr. Vereen's approach will be much kinder and gentler than Ms. Callas' was.

If you're interested in reading more, here's the story I filed with Florida Weekly about his upcoming appearance. 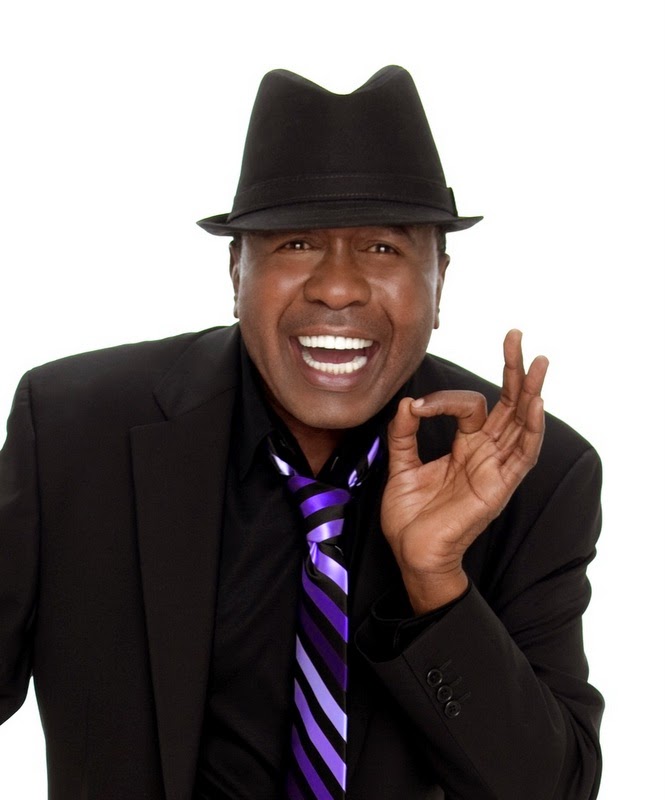 It’s not unusual for an entertainer to be referred to as a “legend.” Ben Vereen is one of those rare individuals who actually warrants the title.

Since the mid-1960s, Mr. Vereen has captivated audiences with his performances on the stage, in film and on television. He garnered a Tony Award for Best Actor in a Musical for his work in “Pippin” and an Emmy for his work in the TV mini-series “Roots.” He’s played roles as varied as Judas Iscariot in “Jesus Christ Superstar” to Reverend Sam Gibbs on “How I Met Your Mother.”

These days, Mr. Vereen also plays the role of a teacher. And it is in this capacity that aactWorldFest participants will have the opportunity to watch him in action.

On Tuesday, June 17, Mr. Vereen will teach a master class on musical performance to some fortunate community theater actors. They will meet the star for the first time when they walk onto the stage with their material in hand. The experience promises to be exciting for participants and audience members alike.

Mr. Vereen characterizes his approach to teaching a master class as “therapeutic.” He works with the students not only on their technical skills, but on the art of bringing what’s inside them to the stage. “The first step,” he says, “is to be honest with yourself. “

Mr. Vereen knows as well as--if not better than--the next guy that being honest sometimes means accepting hard realities and adapting your performance accordingly. In 1992, Mr. Vereen was in a near-fatal car accident. Doctors told him that it would be three years before he walked again. He was on the stage in “Jelly’s Last Jam” within a year.

Four years later, though, he had both knees replaced as a result of lingering issues from the accident.  He no longer can dance the way he once did. “I miss the flight of the dance,“ he says. “I had it and lost it. Now, though, I’m able to fly within my heart and give this ability to other people.”

Mr. Vereen is looking forward to participating in aactWorldFest, an event that will bring theater companies from around the world together.  For him, there’s no question that the power of the arts should be looked at on a global basis. “When we connect the dots around the world through the arts,” he says, “we change the world and make it a better place. The person playing a violin doesn’t have a chance to pick up a gun.”