While it's great to have company or to visit someone at their home, there's something special about a true getaway.  There's the obvious benefit of no cooking or cleaning.  But it's a lot more than that.  You get to explore together rather than one person leading the others.  And the intimacy of sharing a hotel room harkens back to days of sleepovers and college roommates.

Last week I had the chance to spend a couple of days in Naples with two friends from Nova Scotia who, happily, spend their winters on the east coast of Florida.  Our plan had been to have a biking adventure.  And so, on Friday morning, we set out from our hotel down to Gulfshore Blvd., just one block off the beach.  Of course we had to check out the surf, which was fairly dramatic on the cool and windy day.  Then we were off. 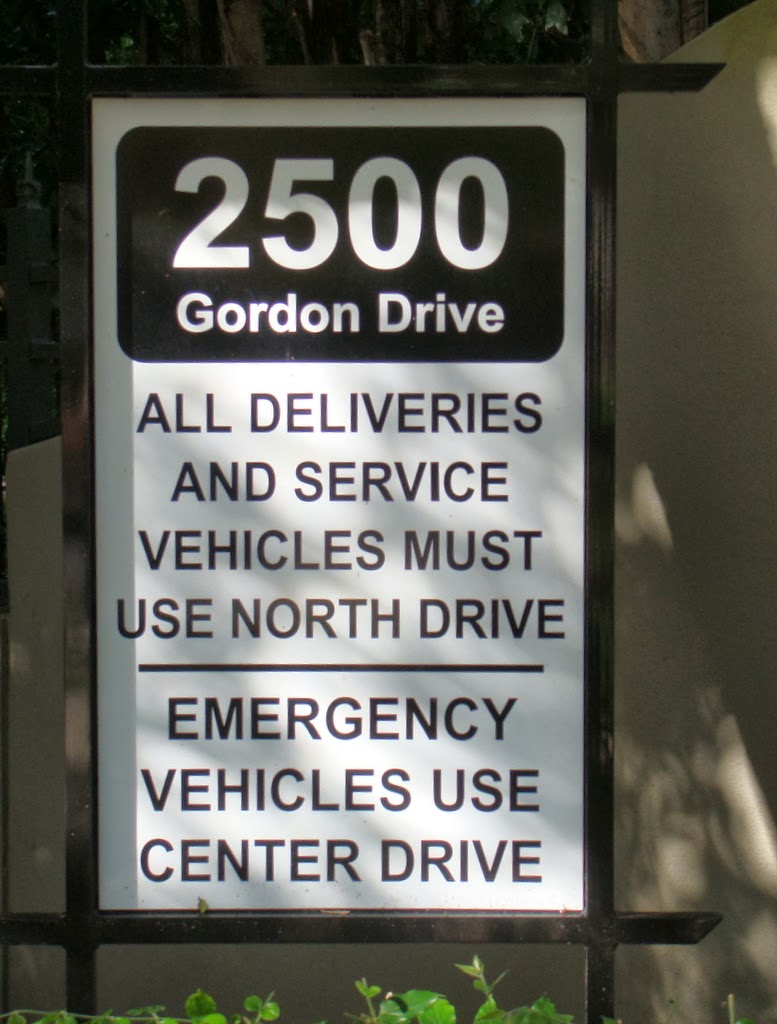 In January I biked on Casey Key with a group from the Isles Yacht Club.  The homes there were absolutely incredible.  The houses on Gulfshore Blvd. and the adjacent Gordon Drive are like the Casey Key homes on steroids.  Without a wide angle lens, I had no hope of getting any good pictures, so I settled for gawking as I pedaled.  As we rode by a fenced in property, Pat said, "Oh, look, it's a park."  Nope.  Just someone's huge house with a yard and gardens that boggle the mind.   There was a home on a lot so large that there were three separate driveways; hence, the need for instructions to people arriving as to which drive to use.  My personal favorite was a fenced-in lot on the beach approximately a city block wide with a sign that read "Private Beach Facility."  Not just a private beach, mind you.  No, this was a facility, with kayaks and a grill and a pagoda.  I think I've figured out where the 1% live.

Our plans for a long bike ride were derailed as soon as we stopped for breakfast at Jane's Cafe on 3rd Street South.  It's tucked away in a little courtyard, with two separate outside areas for dining.  After a generous breakfast, we opted to explore some of the shops rather than risk burning any calories by getting back on our bikes, and that pretty much set the tone for the rest of the day.  None of us cared that we were deviating from our intentions.  We were not on a schedule, and had nobody to account to except ourselves.

We hit shoe stores and galleries and even a consignment store or two.  (True Fashionistas on Vanderbilt is a real gem.)  We ate well, although perhaps not the cuisine one might typically enjoy in Naples.  Instead of a trendy place on 5th Avenue, we opted for more exotic cuisine -- an Indian place one night and the European Bakery Cafe the other.  The Cafe (located on the corner of Central Avenue and 41) is a charming Polish restaurant run by a couple who came to the United States about 12 years ago.  We loved the place the moment we stepped in the door with its mismatched furniture and piano sitting in the corner.  The meal was great from start to finish.

Biking or no biking, we accomplished our mission -- having the chance to catch up in a leisurely fashion, talking about everything from books and movies to relationships and aging.  As always, our time together was much too short.  I'm already looking forward to next year's getaway.