It's official -- I love the Asolo/FSU Conservatory Theater.   Dorrit and I headed to Sarasota last week-end to see the second production of the season -- Loot by Joe Orton.  It was great fun to see Olivia Wilkinson and Brian Owen -- both of whom had leading roles in the season opener The School for Lies --  play totally different characters.   It was also great fun to see three actors who had ensemble parts in The School for Lies have a chance to take on principal roles. 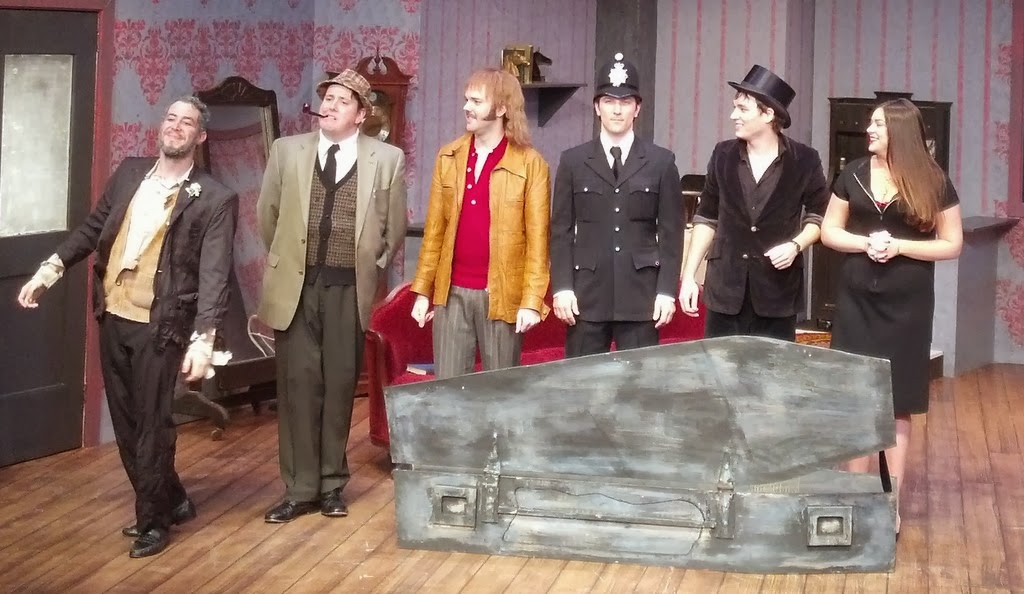 Loot is a smart British farce that has maintained its popularity since it first hit the stage in 1965.  Like most farces, the plot is way too convoluted to try and explain in a sentence or two.  Suffice it to say that the show involves a bank heist, an untimely death, and a crazy cast of characters with complicated relationships.  It's not the kind of farce with slamming doors and mistaken identities; instead, it's the situation itself that is farcical.

As before, the acting was superb.  I particularly enjoyed Jory Murphy in the role of Hal (who at times called his pals "baby" in a distinctly Austin Powers-ish manner) and Owen in the role of Truscott (an Inspector Clouseau-esque detective masquerading throughout most of the show as a representative of the Water Board).   Not a line was missed, and the actors' timing was spot on.  Dorrit and I also liked the set, perhaps in part because the furniture looked vaguely familiar from our tour of the Asolo's Koski Production Center last year. 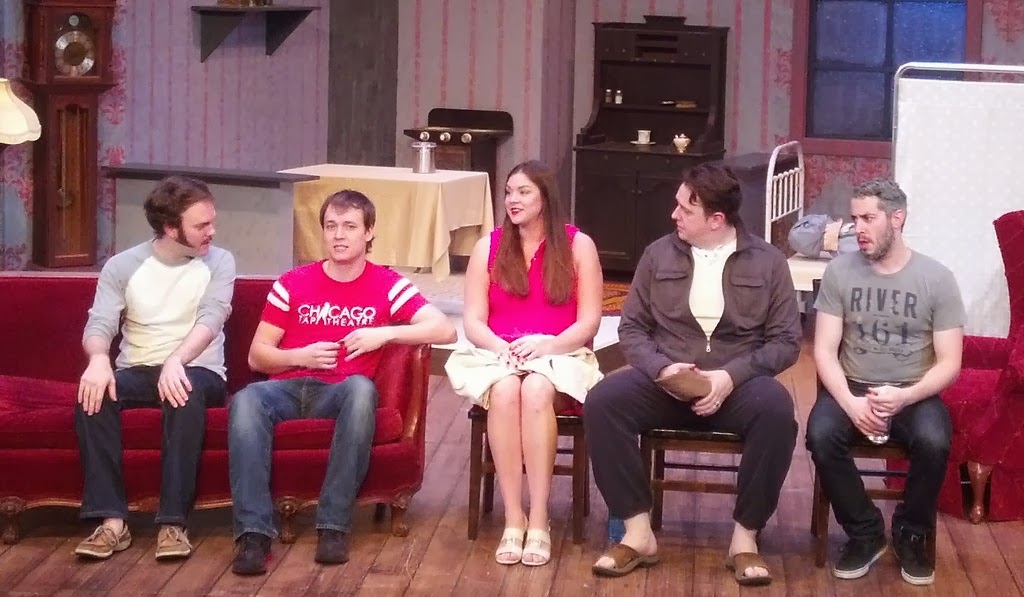 Also as before, we had happened upon a performance with a talk back after the show.  It's fascinating to hear the students answer questions about the process, and I continue to be impressed with their thoughtfulness and intelligence.  Since Loot is set in London, a question was raised about how the actors learned the right dialects for their parts.  The students talked about how fortunate they are to have a voice and speech coach who helped them get started down the right path.  It was up to the individual actors, then, to refine the dialect as required for the particular character's background and social standing.  Owen mentioned how important it is to stay loose during the performance or suffer a sore jaw at the end of the day.  (I will admit that I have never thought about speaking in dialect having physical ramifications.)

The actors talked about the interplay between the actors and the audience.  They said that the energy that "comes at them" from the audience gives them more to play with and helps them to elevate their performances.   They told us how interesting it is to see which jokes a particular audience responds to (particularly in a play like Loot with the differences in American and  British humor).  They also shared that the joke where the widower is given a tea pot to pee in when he's not permitted to go to the loo was added in order to resolve a loose end.  (You have to see the play to appreciate it, but it was very well done.)

With two plays under our belts, our first season of Conservatory Theater is halfway over. The season gets a bit more serious from here, with How I Learned to Drive and Antigones.   I have quickly become a huge fan of repertory theater, and am looking forward to watching these young actors tackle different genres of theater as the season progresses.   I have no doubt that they'll be up to whatever comes their way.