Touring the "Town that Died" 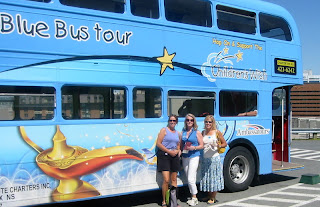 I've been pretty good about exploring the South Shore of Nova Scotia rather than just enjoying Chester summer camp as many CFAs ("Come From Aways") do when they come for their summer vacation.  I have been remiss, however, about learning about Halifax (which people refer to as the "City," which always cracks me up since the "City" is New York, isn't it???)   In one of those small world coincidences, the brother of one of the tutors from our adult literacy program in Florida owns an Ambassatours tour company in Halifax, and she arranged for me to go with some friends on a three hour tour of the City last week. (I can hear you humming the theme song to "Gilligan's Island" now!)   I thought I'd share some of the highlights: 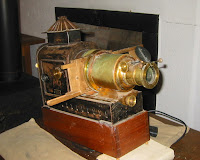 The guide for our tour was quite the raconteur and, as we found out at as we headed back to our starting point, a singer as well.  He ended the tour by serenading us with Farewell to Nova Scotia, a popular folk song that is believed to have been written around the time of the first World War.   The chorus goes:

Farewell to Nova Scotia, the sea-bound coast
Let your mountains dark and dreary be.
For when I am far away on the briny ocean tossed,
Will you ever heave a sigh or wish for me?

As my time in Chester has drawn to a close, I too say my farewells to Nova Scotia and my wonderful friends there (although I will definitely not sing--that would be entirely too painful!)   It is truly a special spot, and I am already plotting next year's adventures.  For now, though, it's back to sunny (okay, hot and incredibly humid) Florida and what passes for my "real life."   Already on the calendar for September are the first Peace River Film Festival and a kayak outing to Sanibel Island so there will be plenty of fun mixed in with my adult literacy work (which is fun in a different way).   Watch this space for updates!
at August 25, 2011