Florida Studio Theatre's "Behind the Scenes" program gives theater lovers a glimpse into the process of getting a play from the page to the stage.  I took the session on "Outside Mullingar" with the intention of checking the program out for next season. I now understand why the class was full of veteran students as there was no question about whether I'd sign up for the next session covering Kenneth Jones' "Alabama Story." It's just way too much fun. 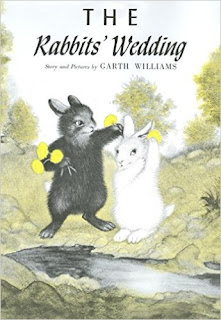 "Alabama Story" tells the story of a political controversy in 1959 Montgomery over "The Rabbits' Wedding," a children's book written and illustrated by Garth Williams. (Williams also created the artwork for "Charlotte's Web" and "Little House on the Prairie.") The "problem" with the book was that it depicted a white rabbit and a black rabbit who get married. In an era of segregation, politicians could only imagine that the book was intended as a pro-integration political statement. Senator E.O. Eddins, the book's most vocal detractor, sought to have "The Rabbits' Wedding" banned from Alabama's public libraries. Emily Wheelock Reed, director of the Alabama State Library system, went toe-to-toe with Senator Eddins in a fight to keep the book on library shelves.

In preparation for the show, Dr. Helen Moore led the cast and crew through diversity training. Dr. Moore is uniquely situated to provide this training (which she's done for corporations across the country, including Lockheed Martin). Not only did Dr. Moore personally live through the era of Jim Crow laws, but she's a descendant of slave Robert Smalls. (Smalls gained a mention in history books for commandeering a Confederate transport ship during the Civil War and sailing it to Union waters.)

Director Kate Alexander employed the training as a way for the actors to "get in touch with the truth behind the story." The session included an exercise in which everyone lined up in a single row and then stepped forwards or backwards in response to questions asked.  Are you a white man?  Take a step forward.  Are you a white woman?  Take half a step back.  By the end of the exercise, Chris White, the lone African-American in the cast, was standing at the back of the room by himself.  The visual had the desired impact.

Kate talked about the challenge of creating characters who are appealing in spite of their racism. "Bad guys don't come with pitchforks," she said. Veteran FST actor Andy Prosky, who plays Senator Higgins, is charged with the task of making his character likeable. Kate shared that finding the balance has taken its toll on Prosky, who became overcome with emotion during one of the rehearsals. (As a side note, Senator Eddins apparently did many good things for the State of Alabama, including being one of the state's biggest supporters of a strong--if segregated--library system. For this reason, Jones changed his name in the play to Higgins, although his identity is clear to people familiar with the controversy.) 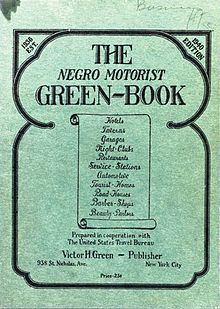 The play's second story line flows from a chance encounter between Joshua Moore (played by Chris White) and Lily Whitfield (played by Rachel Moulton). When Joshua and Lily were children, Joshua's mother worked for the wealthy Whitfields. Housing was provided in an outbuilding across from the Whitfield family's "Big House." As adults, Lily and Joshua recall the building quite differently. To Lily, it was a "carriage house;" to Joshua, a "dogtrot." As kids, though, these differences were accepted and didn't prevent them from being friends.

One of the many benefits of taking the class is getting a copy of the script. This allows me to understand references that might otherwise pass me by in a single viewing of the play. For instance, Joshua makes a comment about using the Green Book while he travels. Like Lily, I'd never heard of this book, which, as Joshua explains, "tells colored folks where it's safe to eat and sleep when they're traveling." (The book is now extremely collectible. Last year, a 1941 edition sold  for $22,500 at Swann Galleries in New York.) To read more about the Green Book, click here.

Throughout the season, Florida Studio Theatre has held a series of panel discussions entitled "Dialogues on Diversity." Three sessions will take place around the themes of  "Alabama Story," including a talk about banned books and a panel about LGTB issues in which the playwright will participate. The sessions are free and open to the public. For information, click here.

"Alabama Story" will run at Florida Studio Theatre from April 6-May 28.